Day 71: I got the idea for this day's project from a book called "Alternacrafts" by Jessica Vitkus (we have it for sale here at Seconds Eco Store).  I had a bag of clothes ready to take to the thriftstore, already in the truck of my car.  When I decided to make these "skants," as she calls them, I needed a pair of pants that I was willing to cut up.  I retrieved a pair from my thriftstore sack, a pair that didn't fit well, and began to cut them apart.  The thing I like about these skants, is that the crotch is cut open and sewn accross the skirt, becoming part of the design.  It was quite difficult to get the seam accross the butt to work well, and it is slightly bumpy, but I like my new article of clothing anyhow. 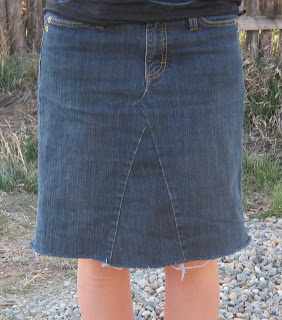 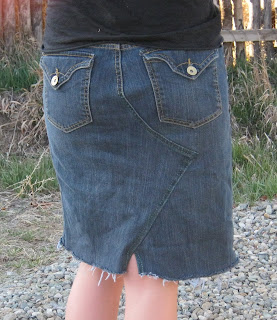 Day 72:  I have an old dream journal that I have been wanting to convert into a coffee table/ poem book/ dream journal (the other type of dreams, like things I wish I could do).  I figure I don't really need to remember all these dreams that I had so many years ago.  Often I will be looking through magazines and have one page or section stand out as worth keeping, so I will tear it out.  That was the case for this National Geographic article about all the tunnels under Paris.  I knew about the catacombs, but not all the many other tunnels, that form a whole world under Paris.  People sneak into them and explore and there are rooms where people have gatherings and parties.  Much of this activity is illegal, but sounds pretty thrilling, especially just the tromping through the underground world of Paris with a flashlight.  I probably won't ever end up doing this, but it is indeed a dream that is fun to have, so I sewed both the cover and this section of the book into my dream book.  I like sewing paper. 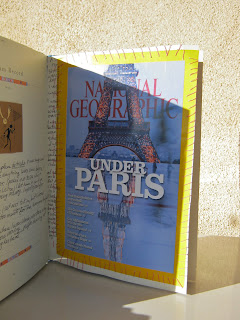 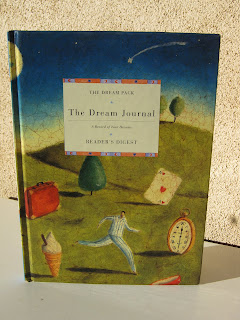 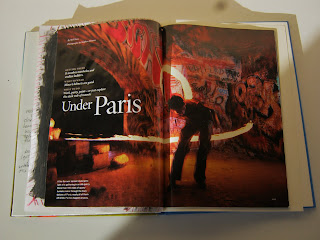 Day 73:  I met a woman at the store who said she had a bunch of zippers that she no longer needed.  A week later, she brought them to me.  Using one of them, I made this flower.  I got this idea from another book that we sell at the store called "1000 Ideas for Creative Reuse" by Garth Johnson.  He basically sought out people who were making recycled art and crafts and took pictures of their projects.   A woman from Spain named Maria Castrillo makes flowers like these. 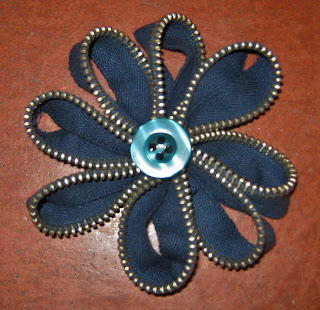