Day 172:  There is a coffee shop here in Taos called Elevation, that has some of the best coffe in Taos, not so much because of the particular bean, but because they are masters of the espresso machine.  So they were already my heros really, crazy about coffee as I am, but I found out recently that they have been saving lids off of milk jugs, cream, honey, juice, etc.  They had two large tubs of them, and being "recycle girl," of course I wanted to take those babies home.  So my project for today was to create and photograph a sea of lids in my bathtub.  I had that "this is so crazy I'm cracking up over it" kind of moment as I was taking these pictures, because really, I have never seen so many lids in my life.  Isn't it odd that I want and love them? 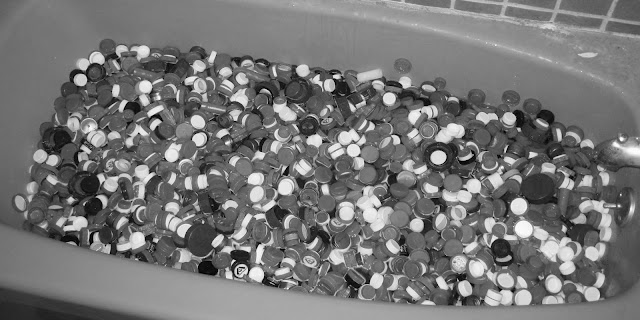 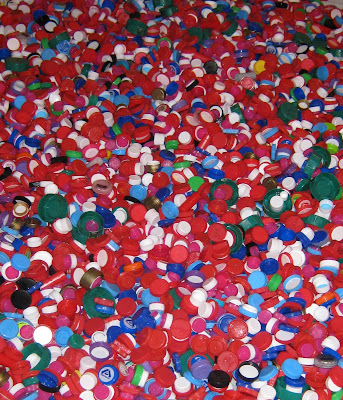 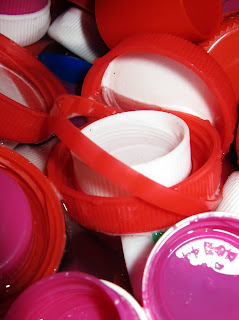 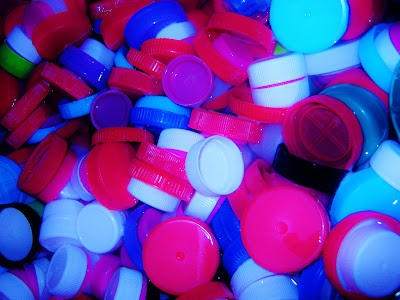 Day 173:  I had this idea in my head for using my lids, I wanted to make a sphere, with little lids glued inside larger lids.  This was my first attempt, trying to sew them together.  It was working okay, but it was just too much work, so I gave up on this method. 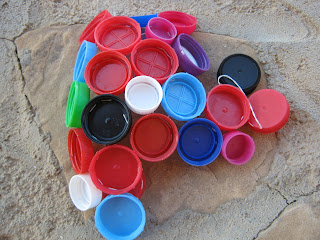 Day 174:  My second attempt at creating the sphere.  I love how this was turning out, problem is, the hot glue I was using to hold it all together wasn't strong enough, and as I was picking it up and trying to move it, it started coming apart.  Rats. 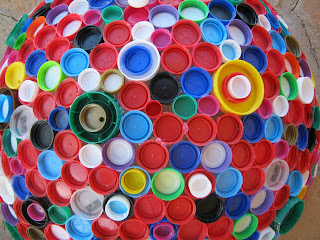 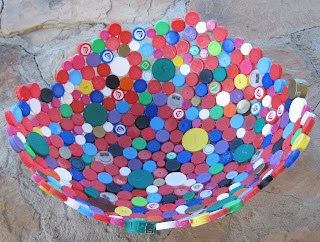 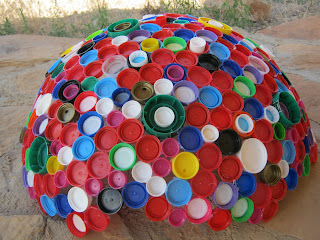