Day 96:  This dragon has lived on many clothing items.  I bought a pair of pants new and the dragon was on the bottom of one leg.  (This was about ten years ago).  When the pants wore out I kept the dragon and sewed it onto a hoodie.  I wore the hoodie so much that the ends of the sleeves became shredded.  So I undid the stiching and saved it once again.  (That was about three years ago).  Here it is again living its third life on my red tank top. 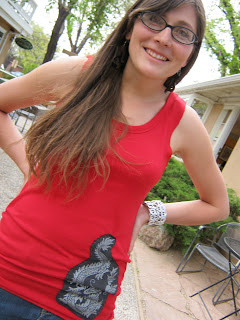 Day 97 and 98:  I was so excited when we got a new shipment of rugs in the store.  More rugs means more cardboard tubes!  I finished the structure of the sculpture one day, and then began covering it with paper the next.  It may not look too impressive, but to glue all the little pieces of paper, pushing them into the cracks and smoothing them around the curves is quite an endeavor.  I spent somewhere between three and four hours just to get this far with the red. 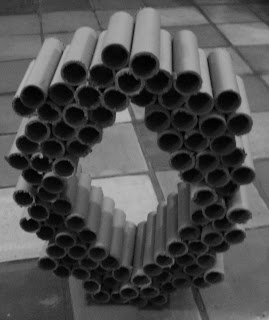 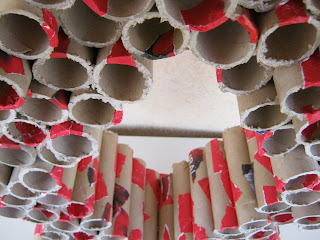 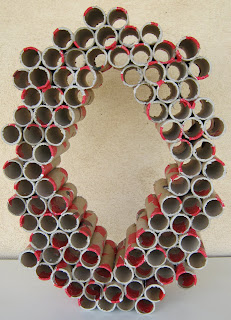 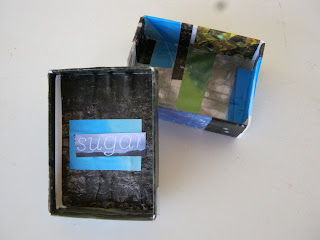 Day 100:  There is something exciting about reaching day 100, even though it's hard to imagine going for 265 more days, it feels like I've come a long way so far.  The project for this day was super fun because I was hanging out with my friend Will, his daughter Harlo, and my daughter Mazi.  They had already made a bunch of these a month or so ago, so it was fun to join them this time around.  We got a little manic, it was hard to stop.  We stayed up till after one, just cutting and gluing. The girls liked adding the glitter to all the bottle caps we decorated. 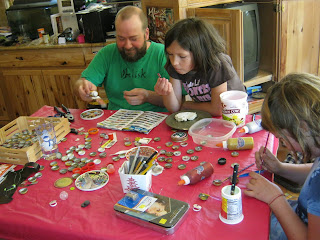 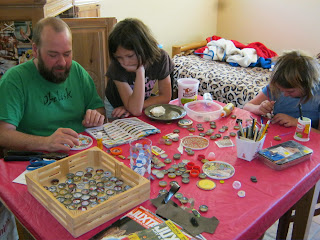 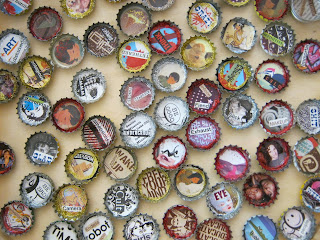 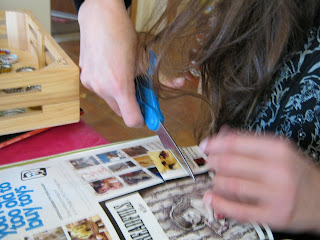 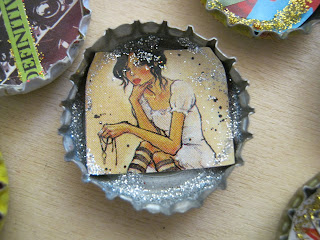