Day 114 and 115: I have been working on this quilt for about five years.  It started out as patching a couple of tears in a comforter.  As time went on, there were more and more tears, and I kept patching them up.  Then it became fun to just put patches on spots that weren't worn out, and to stick with certain colors.  I have cut the patches out mostly from pieces of clothing that became worn or I was no longer wearing, and I have bought some clothing for it from the thrift store.  I thought it might be possible to finish the quilt off as one of my recycled projects.  I sewed about 55 patches on in two days.  There are still a few spots of the old comforter left (the blue plaid), but I did get a lot of it done.  It feels beautiful and cheerful in my room. 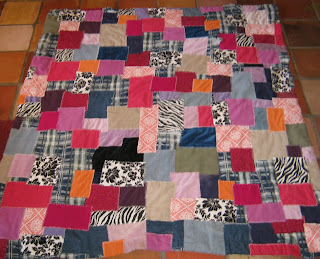 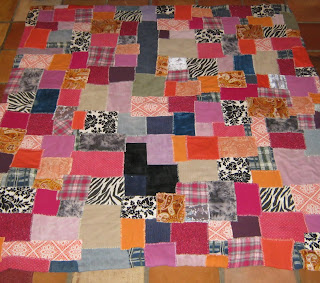 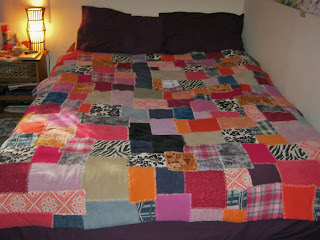 Day 116:  Since I only had one pair of shorts, and it is FINALLY warm enough here in Taos for wearing shorts, I made a pair from some jeans.  It was a little more complicated than just cutting the legs off.  This was a pair of jeans I was ready to get rid of because not only were they wearing out, but the pockets had lost their metal rivets and the flaps wouldn't stay flat.  So I sewed new buttons on the pockets, and just sewed the pockets shut.  My legs have already enjoyed one happy day in the sunshine wearing these. 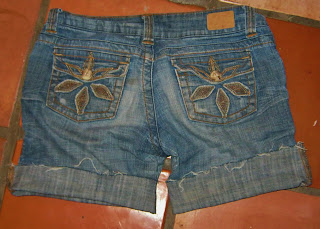 Day 117:  I really needed a simple project today because I injured my right arm (not too badly, I think I sprained my elbow, it mostly hurts if I straighten it or put weight on my right hand.  I must have twisted it practicing on the trapeze).  Anyhow, I recently ran out of my Panch Phoran spice blend which came in this cute little tin.  I simply glued on a few little pictures.  I like that it looks like one bird is telling the other, "time for a change."  I like change a lot, it's pretty much always time for a change (or an adventure) as far as I'm concerned.  The picture of the nest is on the inside of the lid.  The funny thing about making this was that I was having fantasies of being more seriously injured and not being able to continue using my right arm for making things.  I was imagining making things with only my left arm, or learing to make things with my toes.  That would be an interesting 365 project: "Things I've made with my toes." 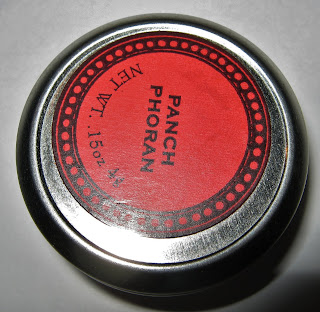 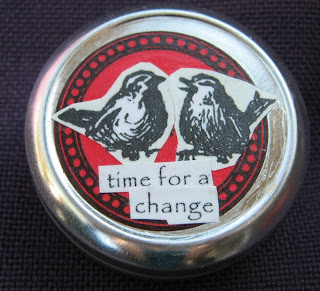 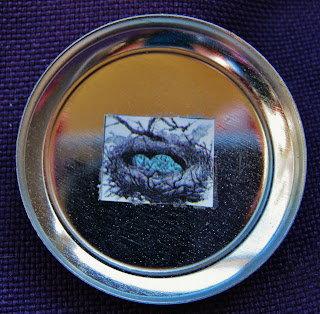