Day 241 and 242:  I make a bunch of these for the store where I work, but this particular bunch I am counting as my project on these two days.  I also spent several hours at the recycling center gathering tabs, and ended up having more tabs then ever before, because I had help gathering.  It was my first ever "date" at the recyling center, and it was a blast.  We were racing to see who could gather the most.  It didn't take long to lose track, but we had a lot of fun trying. 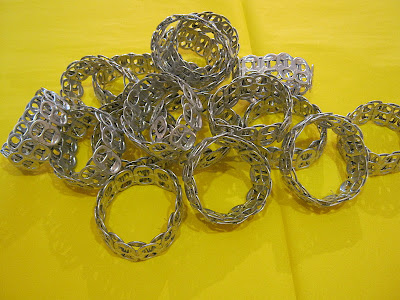 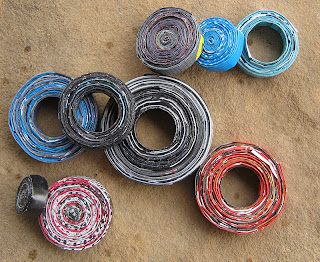 Day 244:  Lately I have been looking up descriptive words that I sometimes get called or call myself.  So if I get called a nerd, for example, I'll go and get the dictionary and see if the definition really matches up.  I have an older dictionary, from the seventies I think, so newer definitons of words are lacking, which makes it fun.  I looked up "geek" and found out that it used to mean a carnival performer who would bite off the heads of chickens or snakes.  Then I looked up "freak" and decided that I most definitely am a freak.  So I decided to make some art honoring such a great word.  I painted over an old painting with black paint, and spelled the word "freak" out of magazine pages. 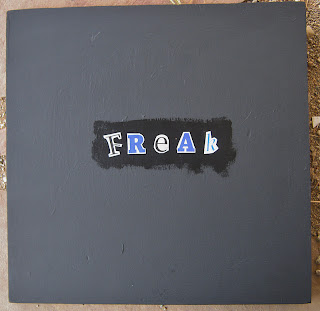 Day 245: Adding to the project from the day before, I am writing out the definition of "freak" with letters from magazine pages. 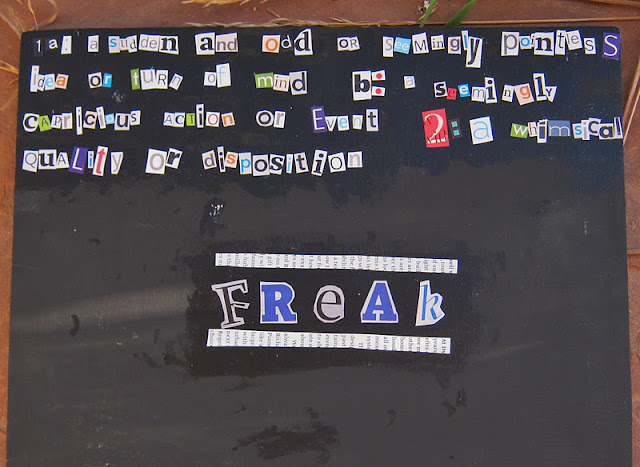 Day 246: I redecorated a card that someone gave to me.  It is a birthday card for someone I adore.
I did just the outside of the card so far.  I completely covered up the front of the card with magazine images and scraps of color. 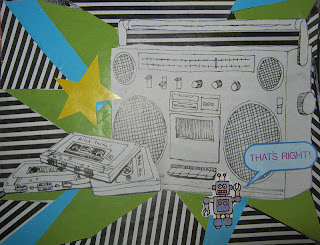 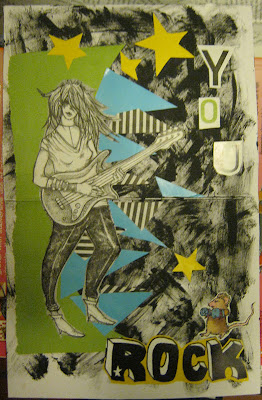 Day 248:  I drew inside an old text book of mine called "Issues in Feminist Film Criticism."  What, did I think I would read it again someday?  Even though it does interest me to think about and dialogue about women's roles in media and pop culture, I barely made it through the book once before.  I found it very scholarly and dry.  So, it's now my sketch book.  My first drawing in it is a picture of a big white Ford that I was parked next to.  The really sweet thing about this is that I haven't sketched much in the past couple years.  It was fun to draw something again. 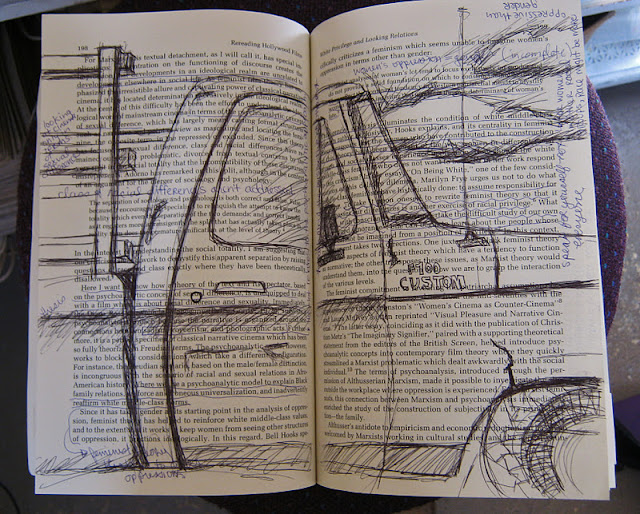 Day 249:  I drew another picture in my book.  This one is far less interesting to me, and didn't turn out as well. 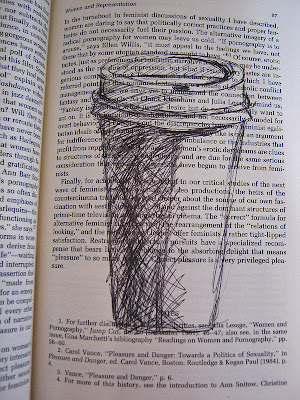 Day 250: I glued some magazine scraps inside my sketch book.  Don't know if any thing else will ever become of it, but I do like these two colors together. 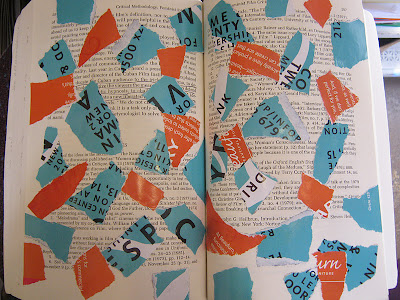